You are cordially invited to make use of our services for all those who want to improve their performance and get even more pleasure from playing golf with the equipment selected for them. 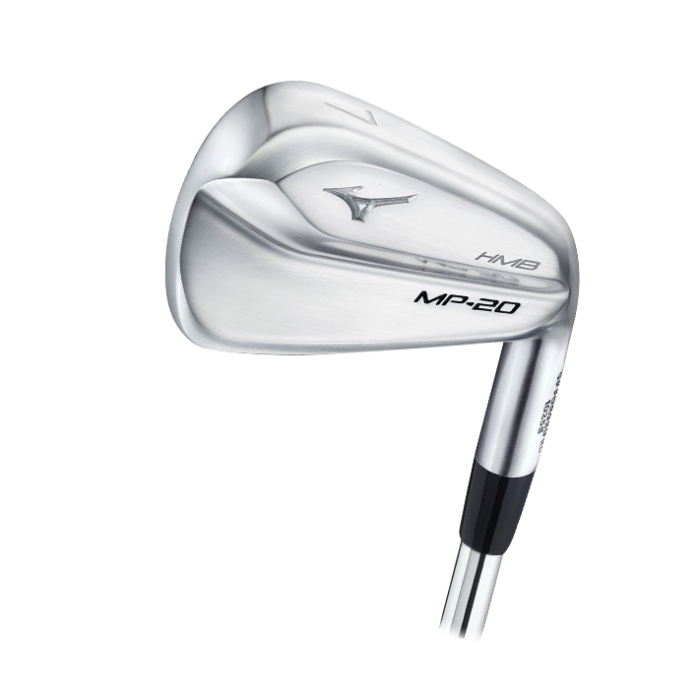 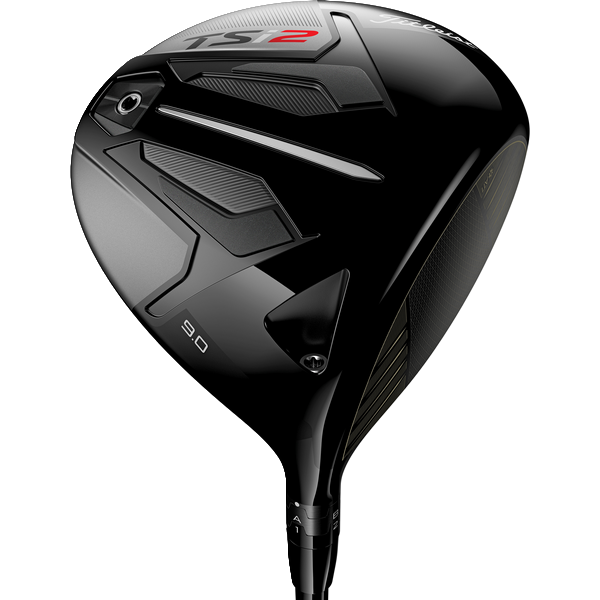 Professional club fitting, i.e. the selection of golf clubs to match the individual predispositions of the golfer, is something I have been involved in for more than 10 years, being one of the best specialists in this field in Poland.

With so much knowledge and experience, I am able to offer golfers and golfers of all levels a first-class service designed to select the optimum configuration and specification of clubs. Golf is our shared hobby and also a field of competitive sport. Whether you are an aspiring player or competitor, or treat golf as a recreational activity, in each case club fitting can improve our performance and score on the course or simply enhance the enjoyment and comfort of the game.

Fitting golf clubs is a process that requires a great deal of knowledge, experience and the ability to think analytically to find optimal solutions.

But equally important is the equipment available in the fittering centre - electronic equipment like launch monitor for analysing golf swing and ball flight, a large selection of heads and shafts giving almost infinite possibilities for testing different settings and solutions.

You will find all this in BogiGolf's fitter centres or during the Demo Days we organise throughout the country. The amount of available equipment is the largest in Poland - starting with all renowned head manufacturers, through top-class component suppliers (shafts and grips) - to professional cllub building services, thanks to which we are able not only to determine and describe the best club specifications - we are also able to build your dream golf set ourselves from scratch or make changes to your current equipment.

Where to find us 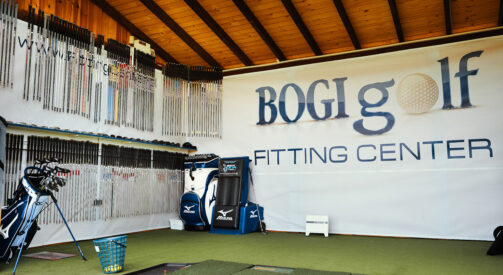 The oldest fititng centre in our network, located on the golf course in Siemianowice Śląskie, near Katowice. Golfers have at their disposal... 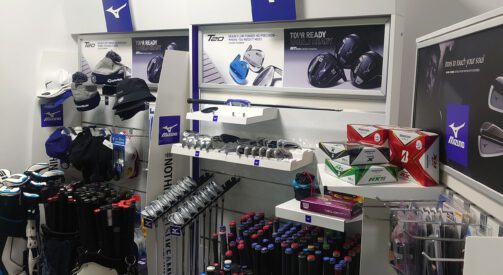 The new location of the fitting centre in Poznań will be announced in the near future. Currently, fitting takes place during the... 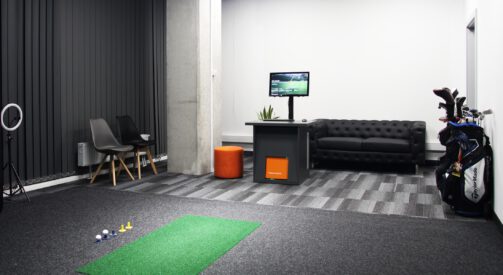 Together with our new partner, Indoor Golf Wrocław Simulators, we are pleased to open another golf shop.... 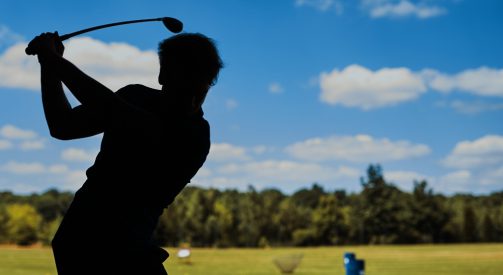 Demo Days all over Poland

Golf Club Fitting for those of you for whom coming to our Silesian or Warsaw centres is too distant....

The largest location we have is at the indoor fitter centre in Warsaw (specifically at Konstancin Golf simulators). To... 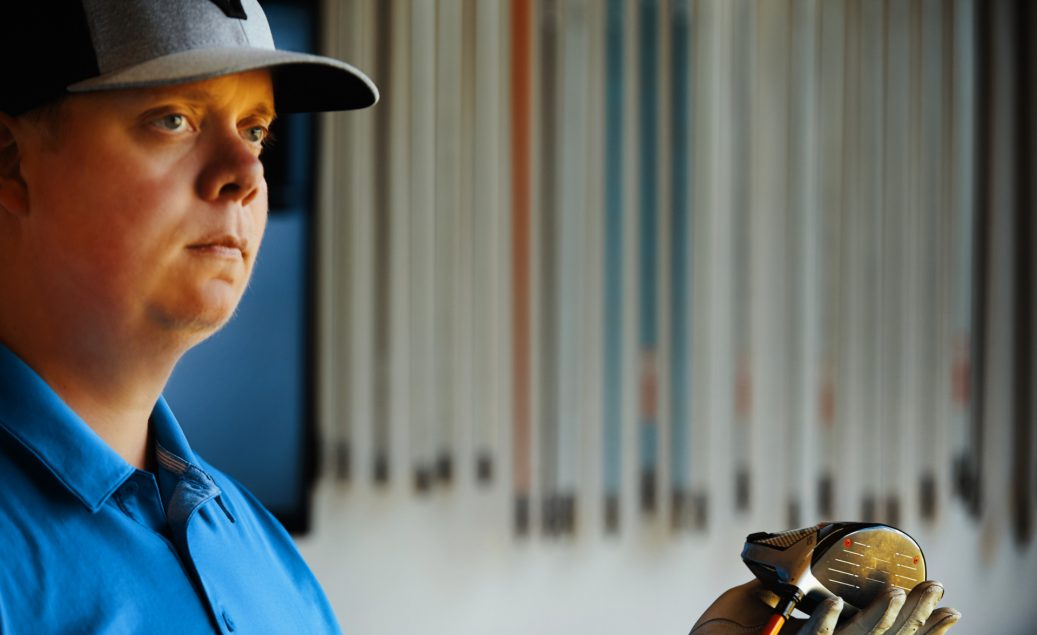 The owner of BogiGolf has been interested in club fitting for almost 15 years, which makes him one of the most experienced fitters in Poland. He backs up his theoretical knowledge with vast experience. 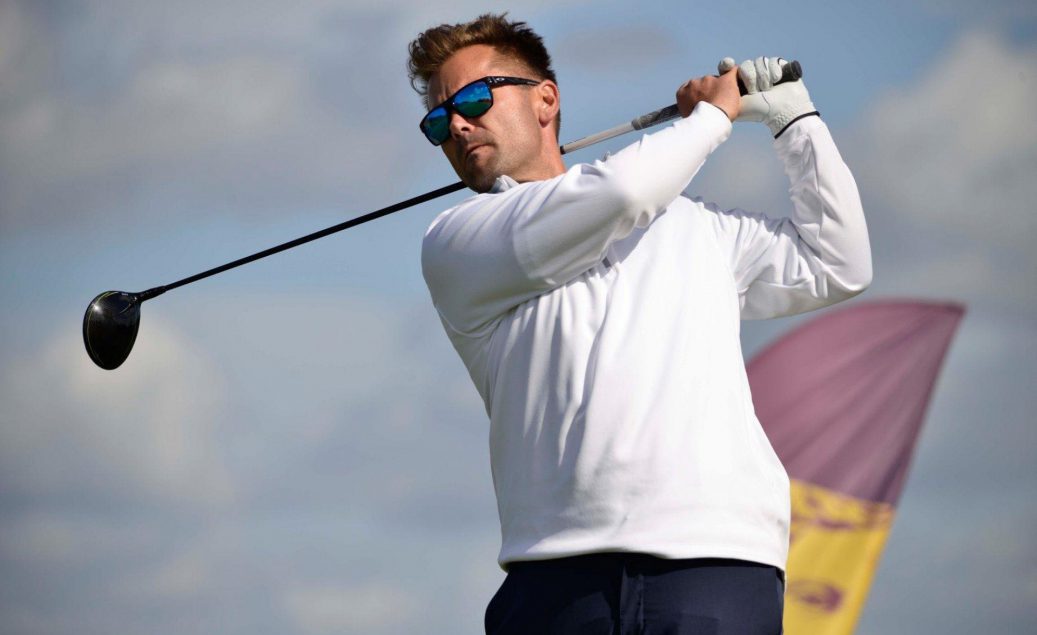 Ex PGA Pro with extensive experience as a player, golf coach and fitter by passion. Luke has been following all the technological innovations in the market for years and is interested in... 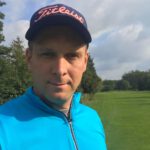 After a long break I got back into golf, but I knew I couldn't play much with my old equipment. After fitting and changing just the irons for the time being, I went from an HCP of 23 down to 16 with great rounds at tournaments. I recommend everyone to fit and buy equipment from Michal. Now it's time for Driver and wedge 😉 . 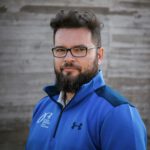 Michał Bajerski is unquestionably the best custom fitting specialist in Poland. The equipment he selects can be compared to a tailor-made suit. 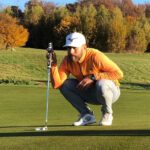 I can only recommend club fitting at BogiGolf Fitting Center. I have used their fitting services many times and the results have exceeded my expectations every time. The cooperation is professional, the atmosphere is pleasant, the range of products available on the market is huge and the fitters are encyclopaedias in the field of club fitting. I highly recommend them. 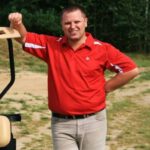 And here comes the end of excuses - new sticks #Mizuno #JPX919 in your bag so all that remains is to learn how to use them properly 🙂
Fitting done (thanks to the team #BogiGolf i.e. Michał Bajerski i Lukasz Szadny, a team to be recommended - professionalism and TopLevel atmosphere), by the way, a man learned a few things about his weaknesses. So all that remains now is to practice 🏋️♂️, exercise 🏋️♂️ and... play🏌️♂️🏌️♂️⛳️ Love it 👍💪 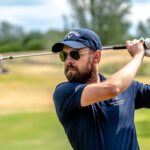 I am after the Hybrid and Fairway Wood fitting session for Taylor Made and I must say that I am surprised by the results. I highly recommend the professionalism of the head and shaft selection and the knowledge of swing physics. Bogigolf fiting centre rules! 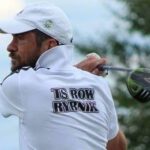 I have been playing golf for 8 years. Practically from the beginning a minimum of 80 games per season plus regular DR. For many years I was attached to a certain Bavarian brand , which had golf equipment in its portfolio. Recently I was persuaded to fit Michal. He selected the MIZUNO equipment for me in such a way that I couldn't believe myself that the equipment could give such ranges. On the medium Irons it's a 20 metre difference. The brand in my opinion is excellent, Michal a thoroughbred specialist 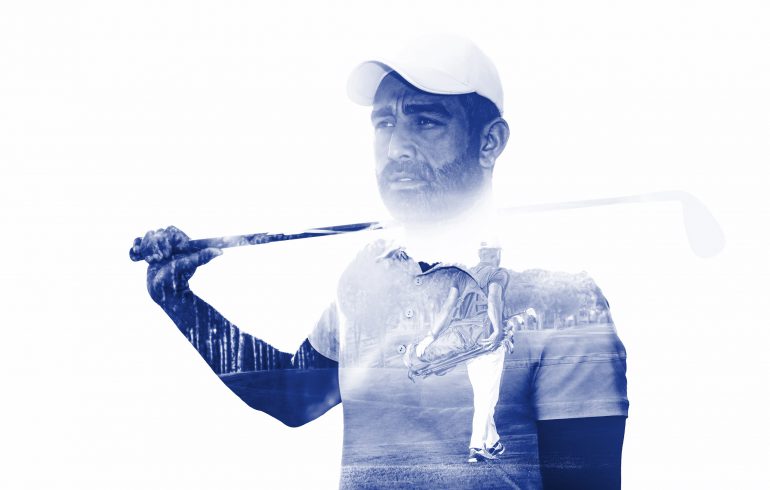 All the fitting options we make available to you are backed up by years of experience in running a golf shop, well known to almost all golfers in Poland. www.BogiGolf.pl.

Our wide range of golf equipment, which we have been successively expanding since 2004, makes it possible to comprehensively supply every golfer with the equipment needed on the course. 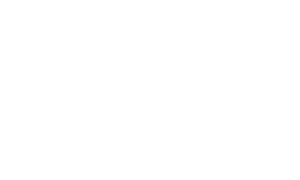 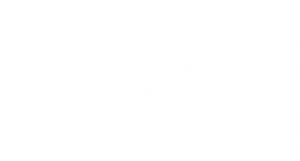 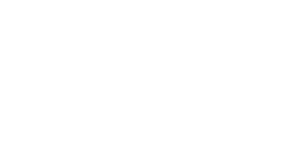 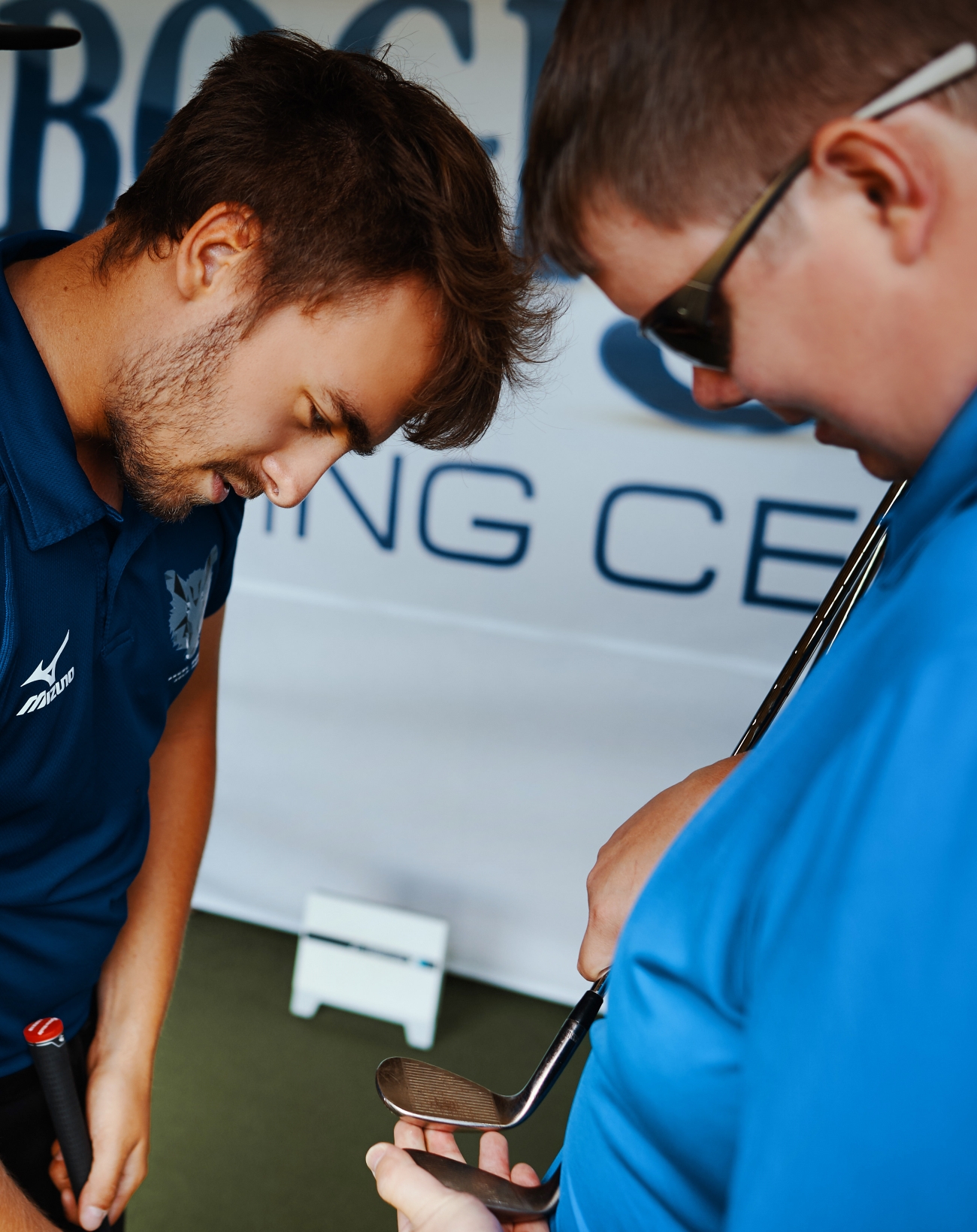 Want to know more - sign up for the newsletter!

Are you interested in equipment news? Do you want to know when the next demo day will take place in your field?

I have recently been greatly inspired by training in so-called performance club fitting - which I would loosely translate as golf club optimisation. Why optimisation is not the same as fitting, you could probably ask. I'm not talking about some grand elaboration on meaning and linguistic issues. I don't even mean what I wrote a paragraph above - that today 'fitting' often means a great deal or a very little - it depends who uses the term to advertise their services and for what purpose.

It is about something much more advanced. My experiences over the past few years, topped off with the expertise imparted during the aforementioned training course, have led me to reinforce my conviction that, in fact, the brand or model of pole we use is of secondary importance. It sounds a bit like heresy - so what matters most? In my opinion, the golf industry as a whole has flattened out a lot in recent years when it comes to equipment and technology issues. The models of clubs in the same segment from different manufacturers have almost the same performance - the fact that in tests the first driver from the tenth differs IN AVERAGE by 3m (in words: three metres) probably speaks for itself! And not in robot tests - but in tests on thousands of strokes made by real golfers of different abilities. (For the inquisitive - I am referring to the Most Wanted Driver 2019 test on MyGolfSpy).

So, since the performance of the various heads is only minimally different, well-fitted and optimised (this will be the key word for 2021) equipment becomes much more important. This is where the role and importance of professional service and the expertise of experienced professionals (rather than just feeding shafts in the hope that something will work) comes into play. I will be writing about optimisation itself later this year. However, what is worth remembering and relating to your expectations is, above all, the fact that in order to optimise something - you have to measure it. But measure not the effects - but the causes of your performance. The simplest example is distance, which many novice and inexperienced specialists exalt without asking what the differences in performance in their client, with whom they are currently working on improving the driver's game, are due to. And they result, with today's heavily blurred technological differences, from several(a dozen) factors which only when put together in one club give an OPTIMAL result (not to mention a whole litany - even the weight and length of the shaft on the hardware side / the initial ball speed on the side of the measurable parameters - matter for the final result which is the distance of impact). So measuring the causes and drawing the right conclusions - and not looking at the effects alone - is the basis of optimisation and the basis of a professional fitter's work.

Make an appointment to fit